In the Tibetan Bonism, it is believed that everything in the world has a soul. And the white stone is part of the worship of white. Therefore, Mani are originally the natural white stones pile.
After the Buddhism was introduced into Tibet, the Mani were developed and they were no more just the simple white stones. The inscribed scriptures or engraved statues on the surface of the highly spiritual white stones, thus making the stones more spiritual. In this way, those Mani shall bless the people of the region.
According to the ancient customs in Tibet, whenever the local people pass the Mani , they add a Mani stone onto the Mani for their better future life, there is also custom of add an animal’s skull with Mani stone. In this way, the scale of the Mani gets bigger and bigger as people successively pass them. 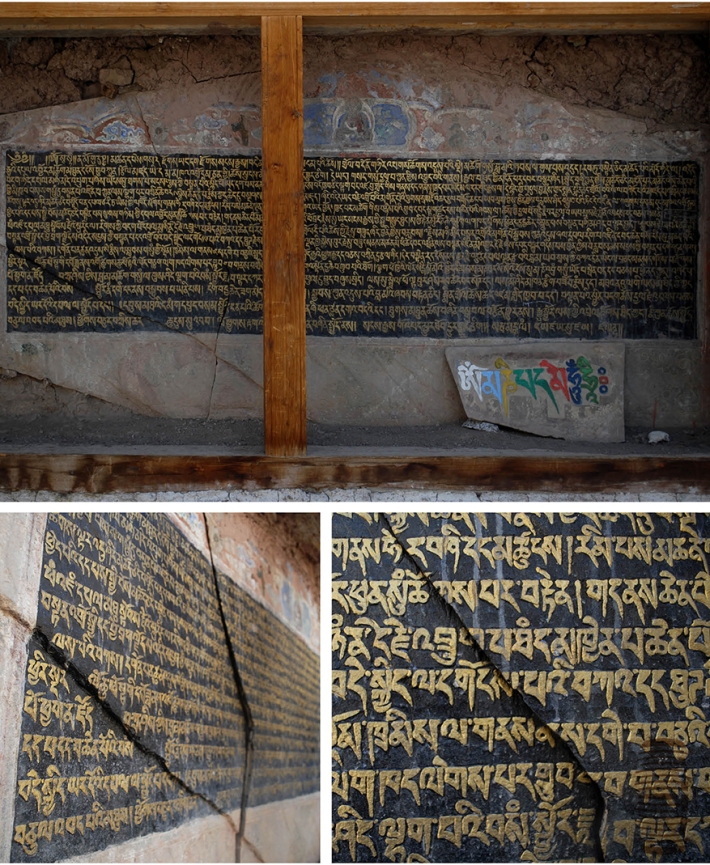 If you had traveled to ladakh, it is obvious that you must had observed the mani stones and the mani stone mounds everywhere, in monasteries, beside villages, crossing, along paths and on mountains. Sometimes they are decorated with sheep, yak or even wild sheep horns. Usually the universal mantra, Om Mani Padme Hum, is inscribed on these smooth stone plates, pebbles and rocks. Images of deities and great adepts and sutra texts are also common themes.
Mani Stones come from an ancient Tibetan Buddhist religious custom and can be carved with text or pictures as symbols of great respect to Buddha. These items are extremely unique, in that each one is hand carved by craftsman with their chisels.